A Long Way Gone: Memoirs of a Boy Soldier by Ishmael Beah- a book review

A Long Way Gone: Memoirs of a Boy Soldier by Ishmael Beah is about a young teen boy from Sierra Leone. He's caught in the middle of the war in his country between rebel forces and the Army. Separated from his family during an attack on his village, he wanders for months from village to village trying to avoid the horrors of the rebel forces. But eventually out of starvation and a need to belong again to a group he, at the age of 13 joins the Army to fight the rebels and revenge the deaths of his family. 2 years later the Army sends him and several other young soldiers to a rehabiliation center sponsored by UNICEF to help the children cope with the horrors of what they have seen and done. Ishmael Beah is now 27 and living in the US, and this book is his story of what happened in his life.

A very impressive book. Astonishing. It brings to life what people of my generation have gone through in other countries, and makes me appreciate how fortunate I am to be living in this wonderful country. Though, not all that entertaining. I'd compare reading this book to watching the movie Shindler's List. You do it for the experience, and to grasp an understanding of what it might be like to go through the experience that this person did. It was at times difficult to read, and is not a book for those who have weak stomachs or get upset by gore. ButI think it was definitely worth the experience and I feel it's important to read to have a more global and first count understanding of what is going on in other parts of the world.

Posted by Carolyn Plain and Tall at 7:18 AM

wow, can I borrow that book? I have a friend that has a son adopted from Sierra Leone. Also, I watched "Last King of Scotland", it is about Uganda, the other night......very sad. 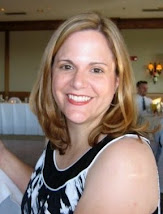